Griefhelm is a tactical dueling game with stance-based combat. Attacks are made either high, middle, or low, and defenders must respond in kind. The game can be learned in a few minutes, but advanced moves, timing, ground control, and killer instincts will keep you honing your skills on the battlefield.

Play against bots, friends, or strangers in both local or online battles. Prove you deserve to die your final death. The Last Battle waits for thee!

Can you hear the clamor of the never-ending horde?
Can you feel the thunder of an army in stampede?
Can you banish fear and hold the line and draw your sword?
Then, brother, the Last Battle waits for thee!

What an absolutely fantastic game, some of the rounds are soo tense, and you really have to look forward when you pick a path, loving it !!

do I get a steam key for this if i backed it a year ago?

I'm in the same case of you (I've bought the game last year). On the discord it's write :

@everyone Regarding the question "If I bought an early version of Griefhelm on Itch.io, will I receive a Steam key?"

Griefhelm is not the same game now that it was then. So much has been added - replayable campaign, online multiplayer, new weapons/armor/maps/gamemodes, post launch support, etc. BUT with that being said, we want to show our admiration and support for those who showed us admiration and support at the very beginning. We are standing by our claim and plan on sending Griefhelm Steam Keys to everyone who previously purchased the game on Itch.io. If you are one of Griefhelm's early supporters - expect to see an email from me either tonight or tomorrow with a Steam key. We love you and can't wait to see you in Griefhelm tomorrow.

But I have never got a key currently. So i think it's only for the first buyers ... I really appreciate the game, it's very fun to play with friend but I will not pay the game again.

I got an email today with a key. Thanks to you and your team for making an awesome game. My brothers will be thrilled to see that its released on Steam so we can play it online together.

I got the email too :)
Thank you very much !

This year, we are producing a fictional short film that tells the story of a Hikikomori boy. The protagonist, always locked in his room, plays on his computer most of the day and will have to decide, during the development of the story, whether to leave his room and get in touch with the outside world or keep himself isolated from every kind of human contact.

In the first scene, we see the boy from behind, with gamer headphones, playing a battle / combat video game. We really would like to show him playing Griefhelm.  We think this video game matches the main character's personality.

It’s a small production so we would love to find a collaboration with your brand and to obtain the consent to use Griefhelm in our short film would mean a lot to us. Furthermore, we want to inform you that the production development of the short film will mainly be the following: a screening on the day of our graduation at the Scuola Holden in Turin, in front of numerous producers, and subsequently the short film will be proposed in numerous festivals around Italy.  If you have proposals, please let us know.

I hope to hear from you soon,

Really fun gameplay but the time to action kinda ruins it.  Absolutely a ton of fun when the game let's you play it.  The game punishes you by keeping you from playing it by sticking you behind long unskippable cutscenes (and the gameplay doesn't quite feel precise enough to justify how unforgiving it is).  Writing this cause the game is really good but it needs a couple tweaks to actually let the player play it so hopefully after the full release that's fixed up.

edit: This is just a problem with the campaign mode, I assume cause it's new

Hey thick Ice, thank you so much for the feedback! What cutscenes do you wish to skip through more quickly?

The intro to the first level of the campaign has an unskippable little intro sequence, and the death sequences linger for quite a while, and the time between losing and restarting a campaign level is aggravating.  I don't think the length of the sequences would be an issue if the player could take a few more hits before losing, but if combat does remain as lethal as it is I think it would be better if the time to restart an encounter was reduced a lot (maybe even a quick restart button after a death).  Also maybe a little bit more bold telegraphing on attack windups could help make the combat feel a little more precise.  Thanks for making a cool game, I hope this helps a little.

Thank you so much! I made the campaign intro skippable now, I'll see what I can do for the rest!

The game was already good before. And it keeps improving!

I think this game would be perfect for the Nintendo Switch 4 players, 4  joycons,  a good party game. i hope to see this game go that far.

Thanks Guys the Demo was great.

Cannot wait for the full release!!

Duels are super intense. Game manages to capture the tension of PvP even with bots - and actual PvP is epic.

Need this game in steam!

Needs some time to "ferment", otherwise a decent game!

Amazing game, I love it. If online was active, i would spent 30 bucks on this game. So good! 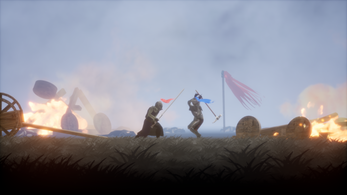 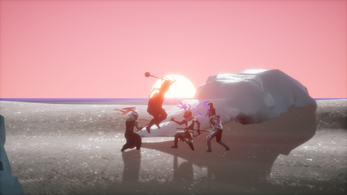 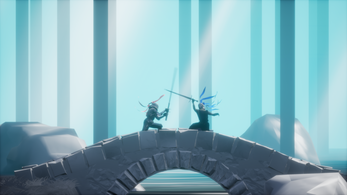 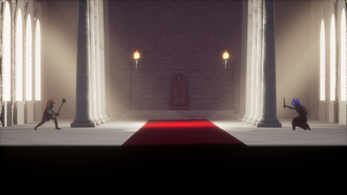 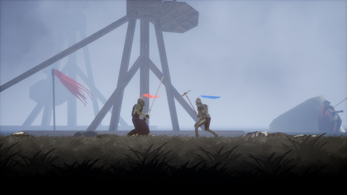 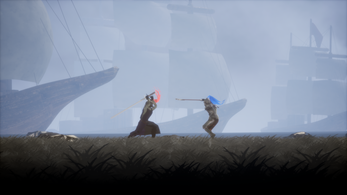 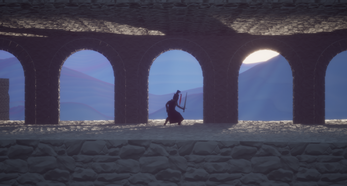 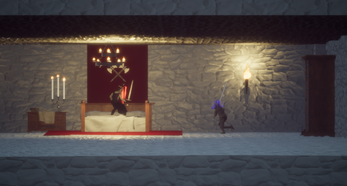